Many of the products offered from CCS are made in the USA.  Our Chicago based production facility handles all shipping, custom cutting, and more!

CCS will price match identical products from our competitors.  Call us at 773-478-5700 for more information.

CCS will process your product for shipping fast, and offers a variety of shipping options including overnight delivery and free ground or standard shipping on website orders over $99 (excludes custom fabrication orders, fabric on rolls, track, and hardware).  Free shipping applies to the continental United States (excludes Alaska, Hawaii, and US Territories).

CCS has an A+ rating with the Better Business Bureau.

‹ Back to previous page 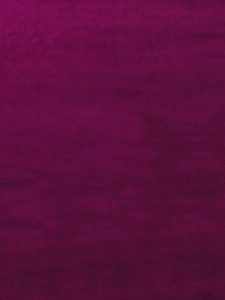 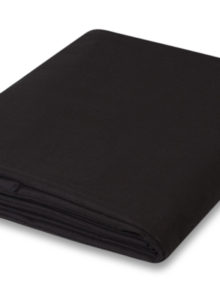 0 out of 5
Request A Sample

If a tight production budget is an issue and opacity isn’t a requirement, you might want to take a closer look at our 12oz Duvetyne Fabric. Stocked in various widths and sold by the yard, Duvetyne is one of most economical masking fabrics employed by stage scenarists. Ideal for blocking out unwanted light and typically used for stage skirting or as a black background; Duvetyne fabric is 100% cotton, flame retardant and offers a brushed matte finish with a light absorbing quality. Chicago Canvas and Supply carries Duvetyne material in white, silver, grey, black, wine and royal blue. If you need something a little heavier than 12 oz. Duvetyne, check out Chicago Canvas’ selection of Commando Cloth.

Check out our FULL ROLL PRICING for HUGE savings on quantities

Through the ages, duvetyne has been used for several things on stage, in movies, and on sets and studios. From the latest fashions to features on popular TV shows, you’ve probably seen duvetyne at some point in your life. It’s often used for stage backgrounds, dark room dividers, photo studios, and stage skirting.

Duvetyne is a cotton fabric in a twill weave that has a velvet nap on one side. It’s great at absorbing light and is fire retardant, which makes it a favorite fabric in the world of stage and film. Here are the facts you need to know when you’re looking to buy duvetyne.

How is Duvetyne Made?

The duvetyne 12 oz at Chicago Canvas & Supply is made from 100% cotton that’s woven into a tight twill. A twill weave is made by taking a cotton thread, passing over one or two other threads and then going under one or two threads and repeating to get the woven material. Fibers on one side of the duvetyne are processed to raise the nap so that it has the velvet-like finish on one side.

Once the material is woven and the nap has the correct finish, the flame retardant treatment is given. This involves the material being thoroughly saturated with a flame retardant mineral or chemical. Different materials go into chemical flame retardant coatings and every manufacturer tries to keep their mix a trade secret. Some of the chemicals that are used are aluminum hydroxide, hunite, and hydromagnesite that all release water vapor and/or carbon dioxide when heated.

A Look at Duvetyne Throughout History

In 1922, a Franklin Simon & Co advertisement boasted the fine quality of wool duvetyne in women’s capes. At the time, it was a new sensation that was taking Paris fashions by storm. Not only was there wool duvetyne, but there was also silk that was popular in suits, dresses, and other fashions. Just 10 years later, the theater world caught on to duvetyne and started using it for theater curtains and cycloramas.

Movies and TV Shows Where Duvetyne is Used

How is duvetyne used in films, theater productions, and television? There are many ways this impressive fabric can help hide things, redirect light, or trick the viewer into thinking they’re seeing something that’s not really there.

Have you ever watched awards shows like the Tony Awards or Oscars? The black fabric surrounding the bottom of the stage is duvetyne. This process is known as masking and is meant to hide the things viewers don’t need to see like rigging, lighting stands, and empty spaces. You may also see it appear in stage scenes on shows like Glee.

You may not even notice duvetyne on a TV show or movie you watch. In the low-budget film The Vast of Night, crews used duvetyne to hide the neon signs of a business down the road from appearing in scenes. Taking time to get permission to film that business’s sign would take time and money. Masking it proved to be the most effective way to hide it.

Think about movies where characters are seated around a table having dinner or playing poker. In Rounders, Matt Damon and the other players are at a table with overhead lighting illuminating them, but the rest of the set around them isn’t as heavily lit. Scenes like this are done by wrapping overhead lighting in duvetyne to direct the light directly down and not all around the room.

The original Star Trek set used a duvetyne curtain that was covered in glitter to create the look of space outside the windows. While it looks like outer space and thousands of shining stars, it was just glitter on black duvetyne framed by the window hole.

Tips for Buying and Using Duvetyne

Duvetyne is 12 ounces. It absorbs light, but it won’t block as much light as commando cloth. If you’re looking for a heavier weight form of duvetyne, check out our commando cloth 16 oz. The weight is based on the weight per yard.

Know the difference between fire resistant and fire retardant. Fire resistant means an item is able to avoid the ignition of flames for a certain amount of time. Fire retardant materials like duvetyne are treated with chemicals that keep an item from being flammable. It will melt or smolder instead, but it’s not going to go up in flames.

Do not get duvetyne wet or subject it to high levels of humidity. It’s treated with a fire retardant spray. If you use it for outdoor shoots and get it wet, the fire retardant properties go away until it’s retreated with a flame retardant agent. On a film set or stage, there are fire codes (NFPA 140) that have to be met, so that wet duvetyne that’s no longer fire retardant can pose a major safety issue to those on the set or soundstage. If you look at the Los Angeles Fire Department’s Safety Inspection Checklist for films, #36 is that all curtains, backdrops, and window coverings are fire retardant.

Chicago Canvas & Supplies is happy to provide samples of duvetyne if you need to see one before your purchase. We also carry stage supplies you need to hang the duvetyne curtains like curtain trolleys, roller track, unmounted track, and track end stops. Give us a call or access our online chat with your questions. Ask about discounts on full rolls of black duvetyne.